There are a lot of breathtaking places in Cape May. Sunset Beach and the Cove are pretty popular. Tucked away on Stevens Street in West Cape May, the entrance to Beach Plum Farm seems to find its place among the ranks. As you come up the seashell driveway, the beautiful timber-built Farm Market emerges from behind the green leaves of the trees flanking the entrance. If you haven’t been to the Farm Market yet, you’ll want to take a look at what is hiding behind the barn. The “Kitchen Garden” is a beautiful display, with a bubbling fountain and wooden raised beds. It marries form and function in a way that is quintessentially sustainable, keeping with the mission of Beach Plum Farm.

Harry Gamble joined the team at the farm in the spring of 2016 as the Farm Landscape Supervisor. One of his first projects was working with Cape Resorts Managing Partner Curtis Bashaw to bring the vision of the Garden to life. “The Garden was designed around a central fountain, which complimented but did not overwhelm the naturally beautiful surroundings of the farm.” The Garden is made up of thirty-two beds, each of which measures 32’ by 4’. They are eight inches deep, and fully equipped with a drip irrigation system. Harry even took care to build them out of rough cut Cyprus so that it would age with the same patina as the barn. “The Garden was created to show a variety of vegetables and herbs which would be available to our kitchen and other local restaurants that we supply.”

Since its inception in 2016, the Kitchen Garden has thrived as a tangible link between Beach Plum Farm and Cape May's vibrant culinary community. "From the beginning, the philosophy behind the raised beds was to create a place for our Chefs to experiment with different vegetables, fruits, and herbs," says Farm Agricultural Manager Christina Albert. This philosophy of experimentation is not lost on Jason Hanin, Executive Chef of the Ebbitt Room, who regularly incorporates farm-fresh ingredients into his menu. "Over the winter, I met with Jason and looked through seed catalogs for stuff he wanted to grow that looked exciting," Christina explains. The ability to choose his own ingredients allows Chef Jason a special creative freedom in his craft. “There are not many places where you have your own 62- acre farm a mile away,” he says. “Every chef would want that. That’s a pretty incredible opportunity.” Musing over his menu, Jason sums up the sentiment simply: “There is a lot of love, thought, and care that goes into the food."

The farm-to-table movement has grown exponentially in the last five years, but truthfully it is getting to the core of a very ancient practice. It hearkens back to a lifestyle that was both healthy and sustainable: consuming that which is available to us in this environment at this time, in this season. Modern technology has allowed us to use preservatives, expand the lifespan of fruits, vegetables and meats, to a point where this food no longer adds nourishment in the purest sense. While the Kitchen Garden may bring exotic items that have never experienced Cape May's sandy soil, the very existence of these beds brings farm-to-table in the truest sense to the seaside community of Cape May. 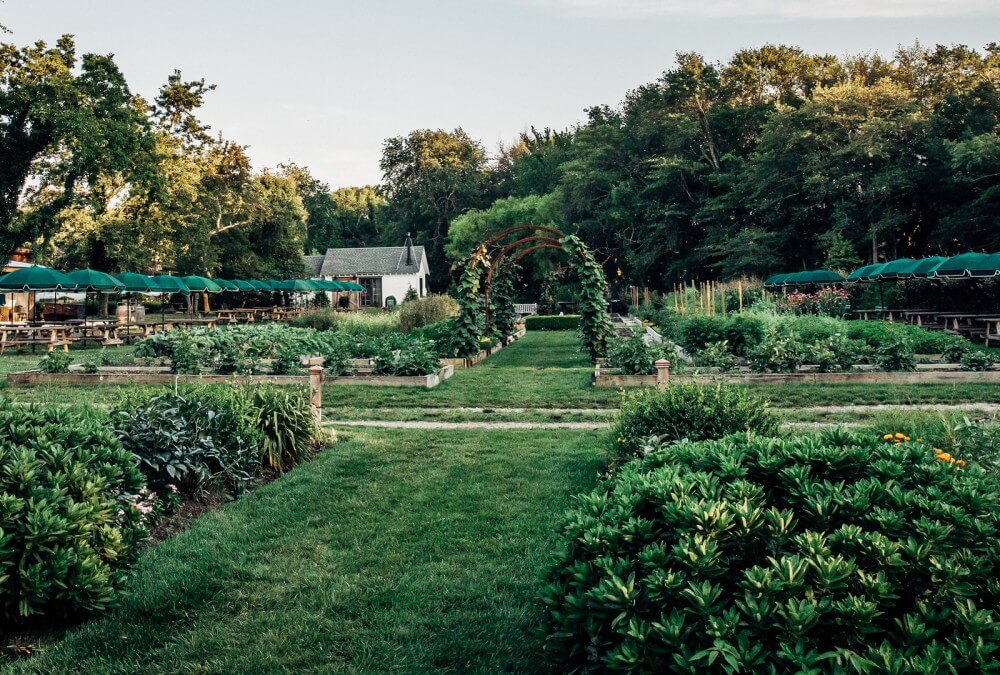