come to cape may

Located on the Southern tip of New Jersey, Cape May is a vacation destination with something for everyone. Defined by its coastal charm and Victorian architecture, Cape May is a seaside escape with miles of pristine coastline, quaint shopping districts, a picturesque lighthouse overlooking the Delaware Bay and Atlantic Ocean, and celebrated restaurants featuring culinary creations from top chefs. Visit Cape May and celebrate the history and legacy of this seaside gem. 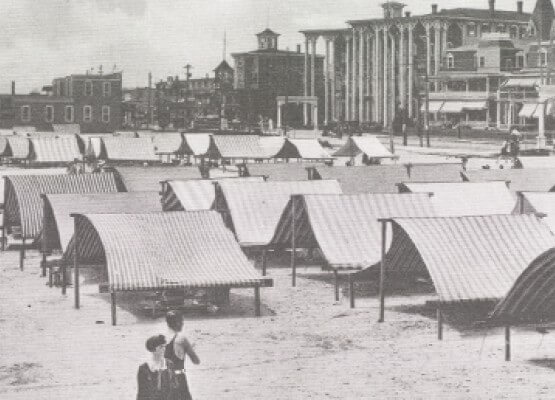 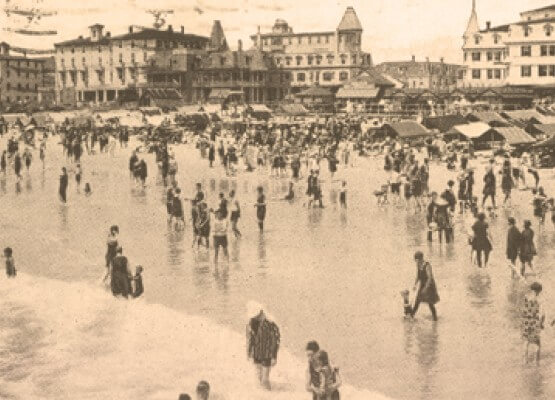 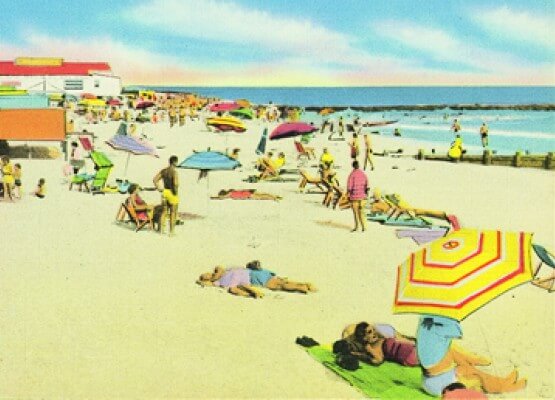 Like many seaside towns lining the American Northeast, Cape May began its life as a fishing and whaling port. First settled by a branch of the indigenous Lenni-Lenape Tribe, the city was christened after Dutch captain Cornelius Jacobsen Mey who explored and charted the area between 1611–1614. It was later settled by New Englanders from the New Haven Colony.

At the dawn of the nineteenth century, members of Philadelphia society began to recognize Cape May's benefit as a retreat from the city's scorching summer heat. They embarked to the town in horse-drawn carriages and, later, stagecoaches — a two-day trip through the sandy roads of southern New Jersey. The first sloops from the city (also a two-day trip) arrived around 1815, followed by schooners and steamboats.

By the 1850s, Cape May had earned the title as America’s first seaside resort town. The perceived healing powers of sea water and the town’s incomparable beach, cooling summer breezes and fashionable world-class hotels made the town an irresistible attraction.

Throughout its history, Cape May has played host to a range of influential American figures, including several Heads of State. Distinguished visitors include Henry Clay, Franklin Pierce, James Buchanan, Ulysses Grant, Chester A. Arthur and Benjamin Harrison, the latter of whom named Cape May's Congress Hall Hotel his "Summer White House" and conducted the affairs of state from inside the walls of the hotel. Many musicians and cultural celebrities also paid visit to the town such as John Phillip Sousa, who frequently conducted his band on the lawn of Congress Hall.

The second half of the 1800s saw a period of turmoil for the resort town. The onset of the 1860s brought with it the national strife of the Civil War, which polarized the city's Southern plantation owner and Northern industrialist clientele. (Ultimately, Cape May aligned itself with the Union with rapturous enthusiasm at a December 1861 city hall meeting.)

In 1878, a massive fire broke out of the Ocean House on Perry Street. Cape May never stood a chance: its entire fire-fighting apparatus consisted of a single hand engine, 1,500 feet of rubber hose, three chemical units and a hook-and-ladder truck. A train was dispatched from Camden, 90 miles away, with a steam engine and a supply of hose, but by the time it arrived, four hotels, including Congress Hall, were ablaze. Fanned by a 36mph wind from the west, the fire spread further east, and by the day’s end early 40 acres of prime beachfront property had been completely destroyed.

From the ashes of the great fire, Cape May was able to rebuild. Prominent architects of the period flocked to the city with commissions to craft Late-Victorian masterpieces, each more grand than the last. One such architect was Stephen Decatur Button, who designed over 40 buildings in Cape May including the 1891 Italianate-style Atlantic Terrace Houses off of Jackson Street (four of which now make up the Virginia Cottages). Other architects credited with work in town include Frank Furness, Samuel Sloan, and Enos Williams.

Cape May continued to forge its place in history throughout the twentieth century. The island served as a key military station during World War II (relics of which include a lookout tower by Sunset Beach and a cement bunker on the beach by the Lighthouse.). While many neighboring shore towns opted to tear down many of their historic structures in favor of new development, Cape May recognized the value in its Victorian past. In 1970, the Historic District was added to the National Register of Historic Places, and in 1976 the town was listed as a National Historic Landmark.

Today, Cape May is in the upswing of a renaissance that uses the past to energize the present. The famous Gilded-age resorts and beach cottages have been restored to their former glory, and fresh and creative boutiques and restaurants can be found on every corner. Generations of vacationers have been charmed by this place over the centuries. Walking through the streets as a breeze blows in from the Atlantic, it's easy to understand why.

With its unique position on one of the state's southernmost shores, Sunset Beach truly lives up to its name. Bring a chair or blanket and spend an evening watching the sun dip below the horizon — with completely unobstructed views, a sunset here makes it hard to take even the most natural of occurrences for granted.

In addition to being renowned for its abundance of Cape May diamonds, Sunset Beach is also famous for the shipwreck of the SS Atlantus located about 150 feet from the shore. Commonly known as the Concrete Ship, the Atlantus was built in 1918 as part of the World War I Emergency Fleet. The vessel broke from her moorings in Cape May during a 1926 storm and ran aground at Sunset Beach, where she still rests today. She is most visible during low tide. Fun fact: in the 1950s, a billboard was painted on her side advertising boat insurance.

The Cape May Lighthouse

While a 217 step climb may seem daunting, the incredible views from atop Cape May's historic Lighthouse are more than worth the exertion. The current version of the Cape May Lighthouse was built in 1859 and is the third documented lighthouse in the state of New Jersey. It is still in operation and has provided consistent service to generations of mariners. After your climb, be sure to explore the scenic surroundings of Cape May Point State Park.

Take a stroll down the Washington Street, Cape May's iconic three-block walking mall that houses over fifty small businesses and eateries. Located just steps away from Congress Hall (and directly below the Congress Place Suites), the Mall is open to pedestrian traffic only and serves as the hub of Cape May's historic Downtown. Browse a range of local products, try a new restaurant, and wind down the day with a sweet treat from a local candy shop or ice cream parlor.

Positioned on the land that used to make up the long-lost borough of South Cape May, The South Cape May Meadows Preserve is made up of over 200 acres of dunes, wetlands, ponds and undeveloped beach. Teeming with wildlife, the area acts as a quiet refuge for migrating birds as they make their trip across the Delaware Bay, making the Meadows a nationally-recognized destination for bird watching.

Explore the old and open spaces of Beach Plum Farm, our 62-acre working farm in West Cape May. Open to the public, Beach Plum invites everyone near and far to witness firsthand the timeless farming heritage of the Garden State.

Located in West Cape May, West End Garage is a shopping destination comprised of over 60 unique vendors as well as home to the Beach Plum Bakery and Café, serving fresh baked treats and La Colombe coffees.

Architecture-nut or not, the Historic District really is something to behold. Cape May's commitment to preservation goes even further than aesthetic; it means that you can sip a cocktail in a lounge that dates back to Prohibition, or take a meal in a room that occupies the site of the city's first nineteenth-century gambling parlor.

So grab a bike or surrey from the Bike Shop and explore. Some of the city's better-known landmarks can be found along Jackson Street, Perry Street, Columbia Avenue, Gurney Street and Beach Avenue.

What are Cape May Diamonds?

Cape May Diamonds are quartz stones that wash up on the beaches of Cape May Point. A staple of Cape May culture and lore, these special 'diamonds' have a history that predates the birth of the United States. In the 1750s, it is said that a large Cape May Diamond was presented to Christopher Leaming, a local whaler, by the last chief of the Kechemeche tribe King Nummy. The Kechemeche believed that the stones contained supernatural powers, and used them to seal bonds of peace and friendship.

Learn more about Cape May Diamonds (and find some yourself) on a Cape Resorts Guided Excursion.

View all Cape May Excursions

Whether you're in the mood for casual beach fare or elegant original fine dining, there is a Cape May restaurant for every taste. Indulge in the exquisite with a romantic dinner for two in the Ebbitt Room. Or bring the family and sit under the stars while savoring fresh seasonal selections at The Blue Pig Tavern. Farm to Table, fast and fresh, grab and go, you will find something to satisfy your every craving at one of our local restaurants. 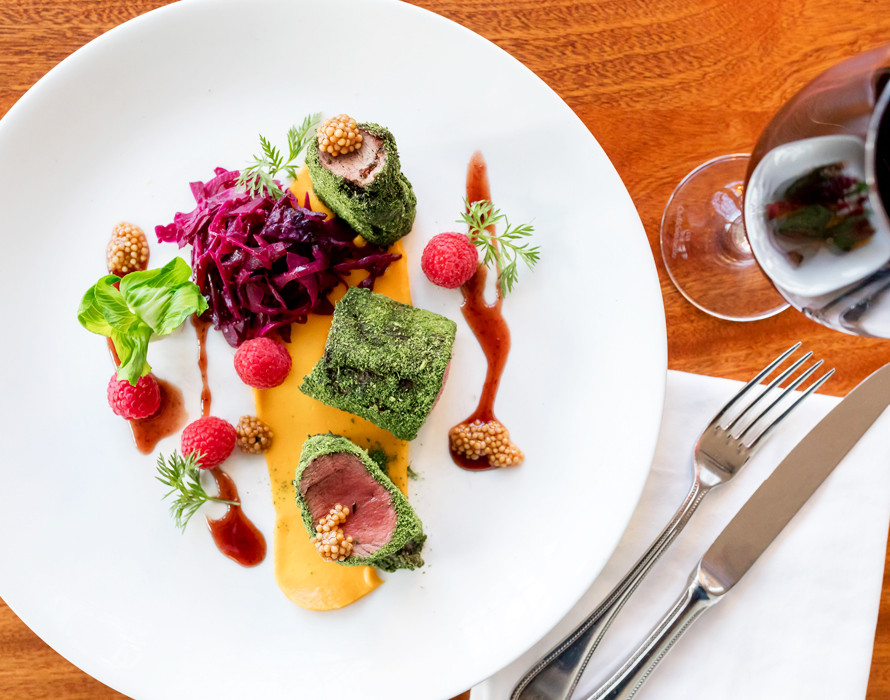 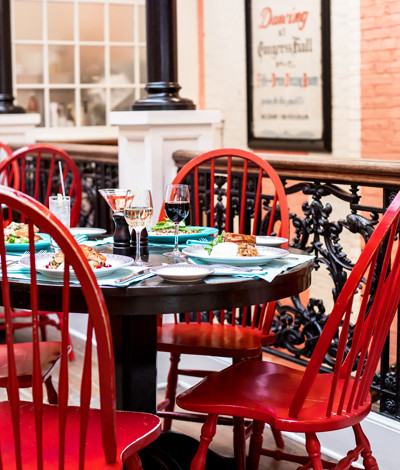 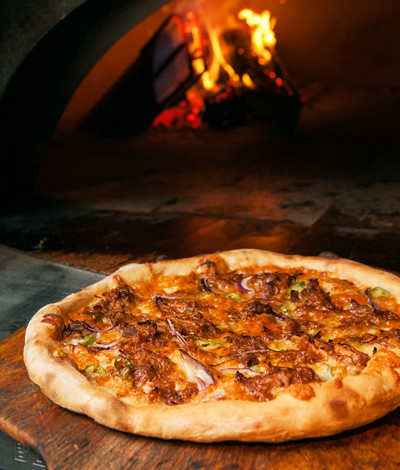 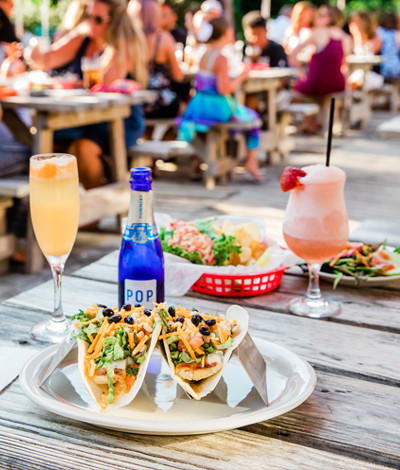 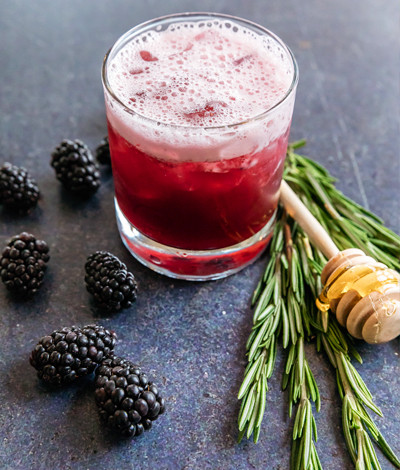 Ebbitt Room, The Virginia - Cape May 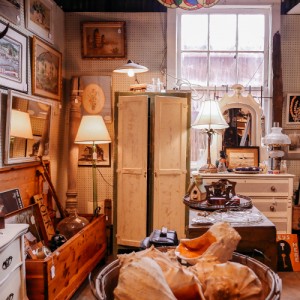 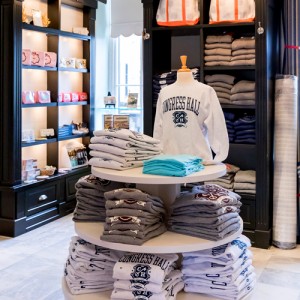 A trip to Cape May isn't complete without a visit to these four charming shops located in Congress Hall. 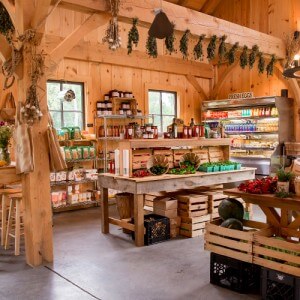 Cape Resorts is honored to have four of its hotels ranked among
Condé Nast Traveler's top 20 US hotels in the Northeast.

A day in Cape May isn't enough.

Whatever the season, a visit to Cape May isn't complete without experiencing the bucolic charm of Beach Plum Farm, searching for shells along Cape May's miles of coastline, followed by a leisurely stroll through the charming downtown shops, taking in the beauty of our magnificent Victorian architecture, capped of by a sunset cocktail on the porch of the Virginia. Even if you are visiting from close by, consider staying over to fully experience Cape May.