Five seaside cottages
in the heart of historic Cape May

The Virginia offers five delightful cottages along Jackson Street, the crowning glory of Cape May's historic district. These lovely cottages are available for rental by the full house or as separate apartments. They are ideal for families or group of friends looking for a weekly rental. Enjoy the ideal location of these Victorian cottages and ocean views on your vacation. These beautiful accommodations are conveniently located just a 1/2 block from the beach. 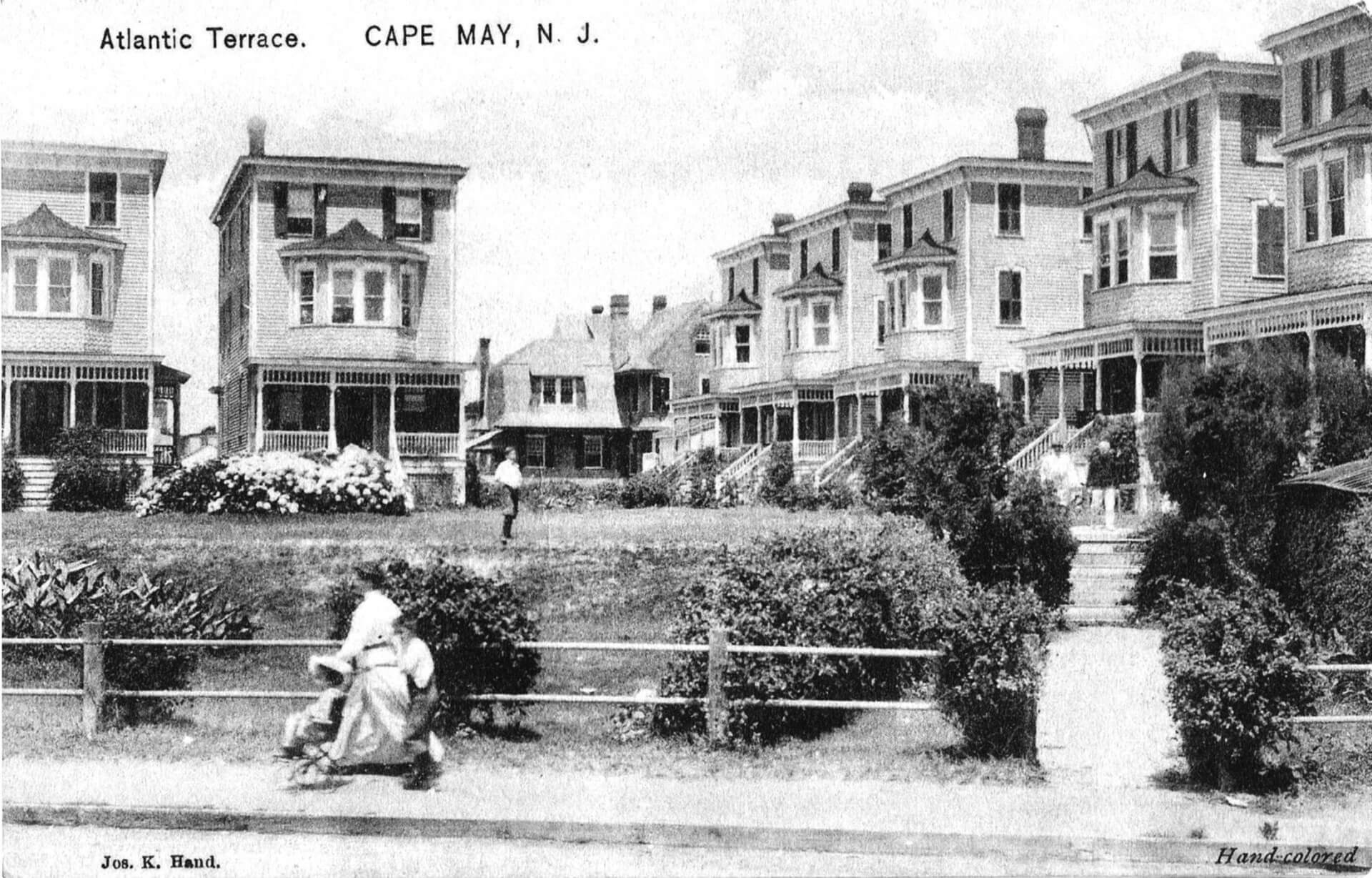 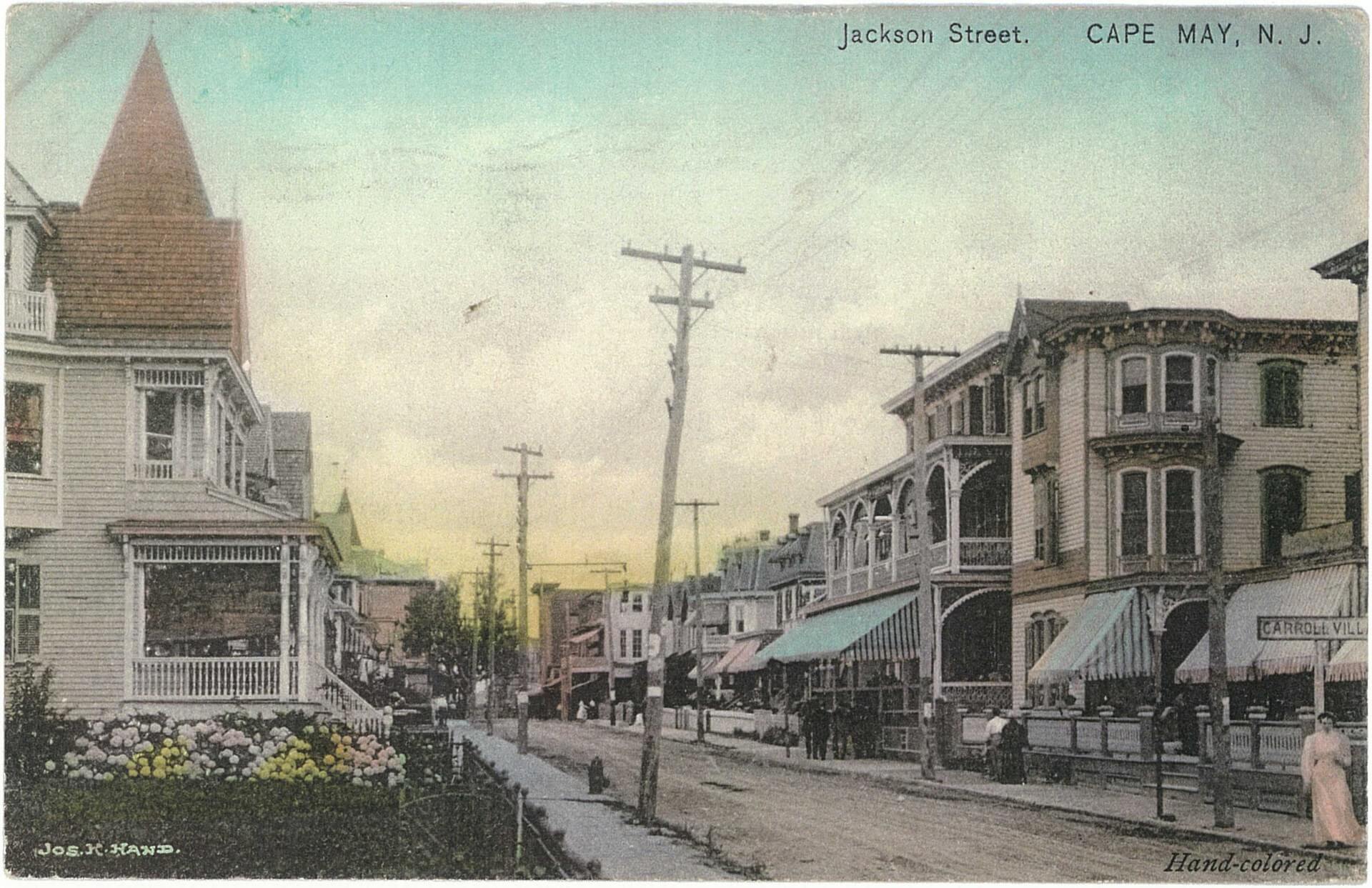 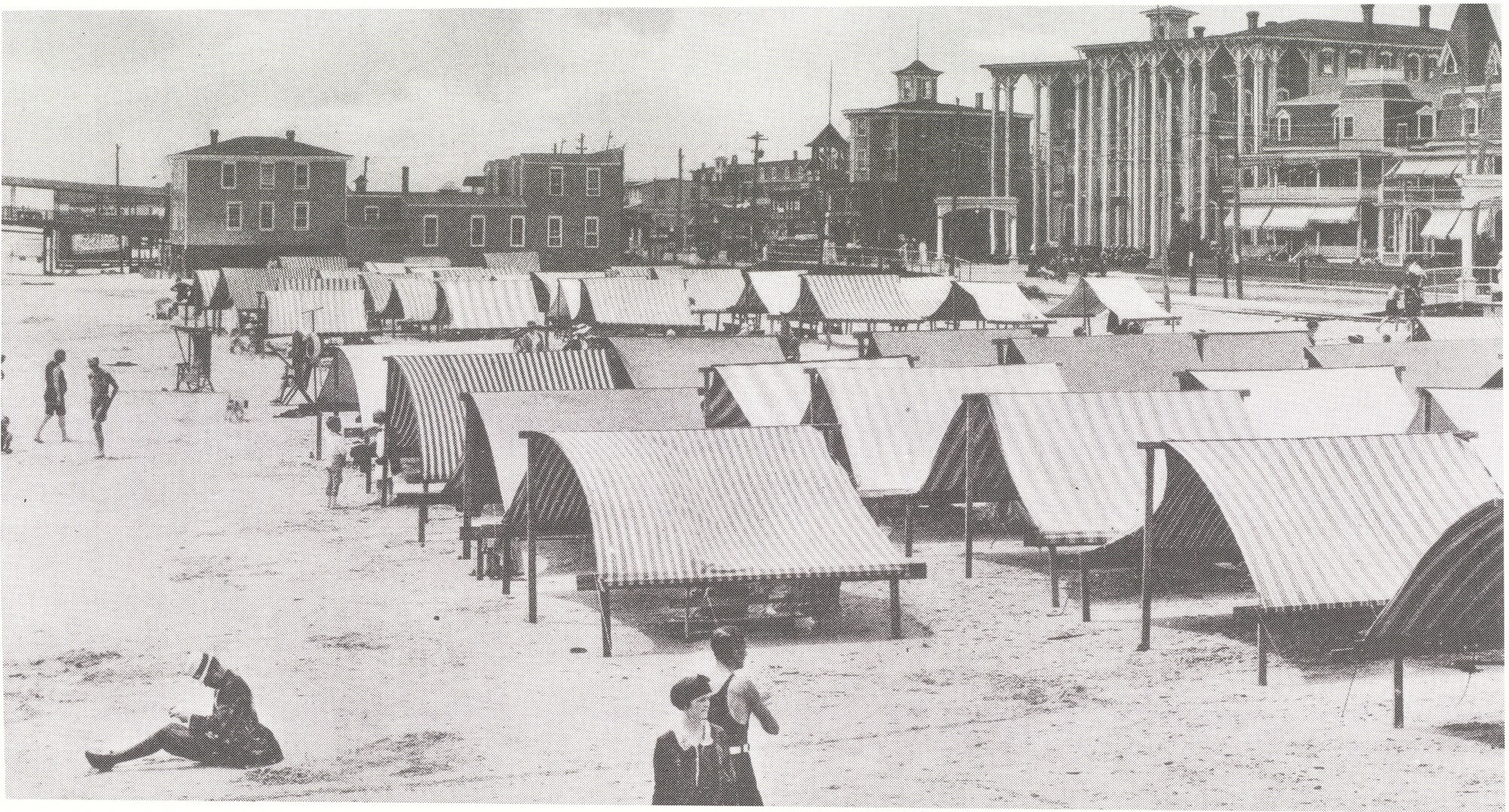 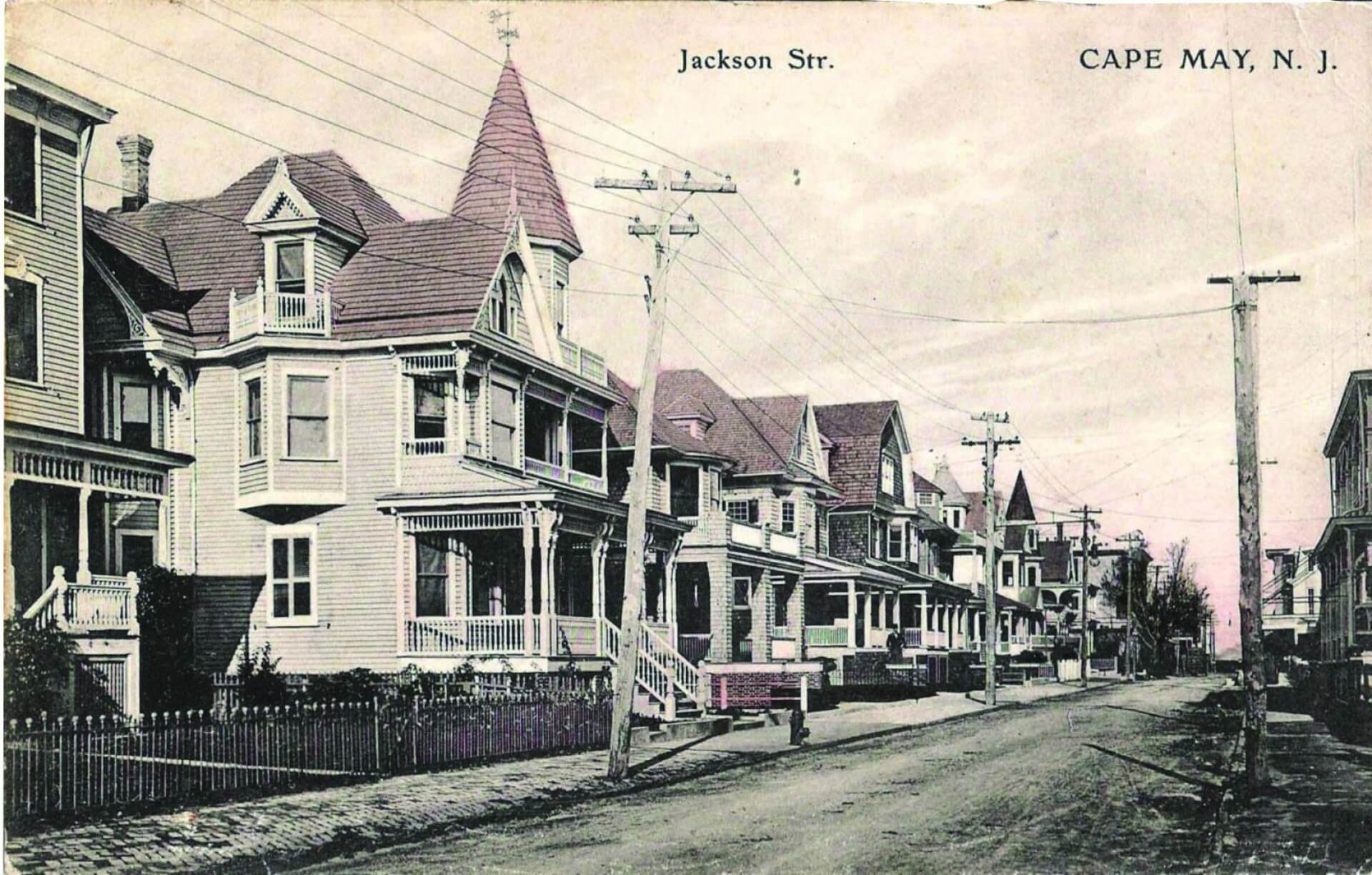 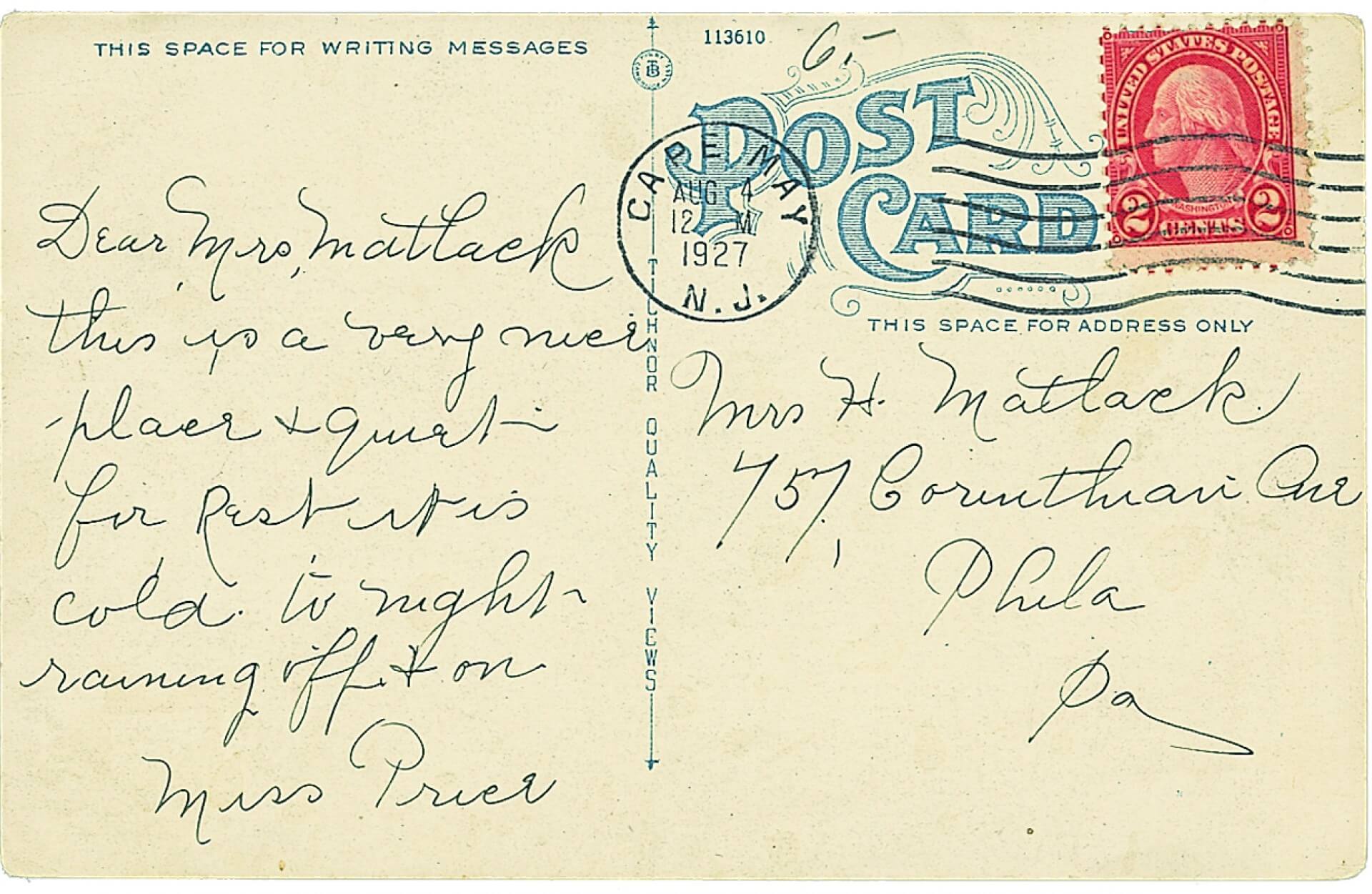 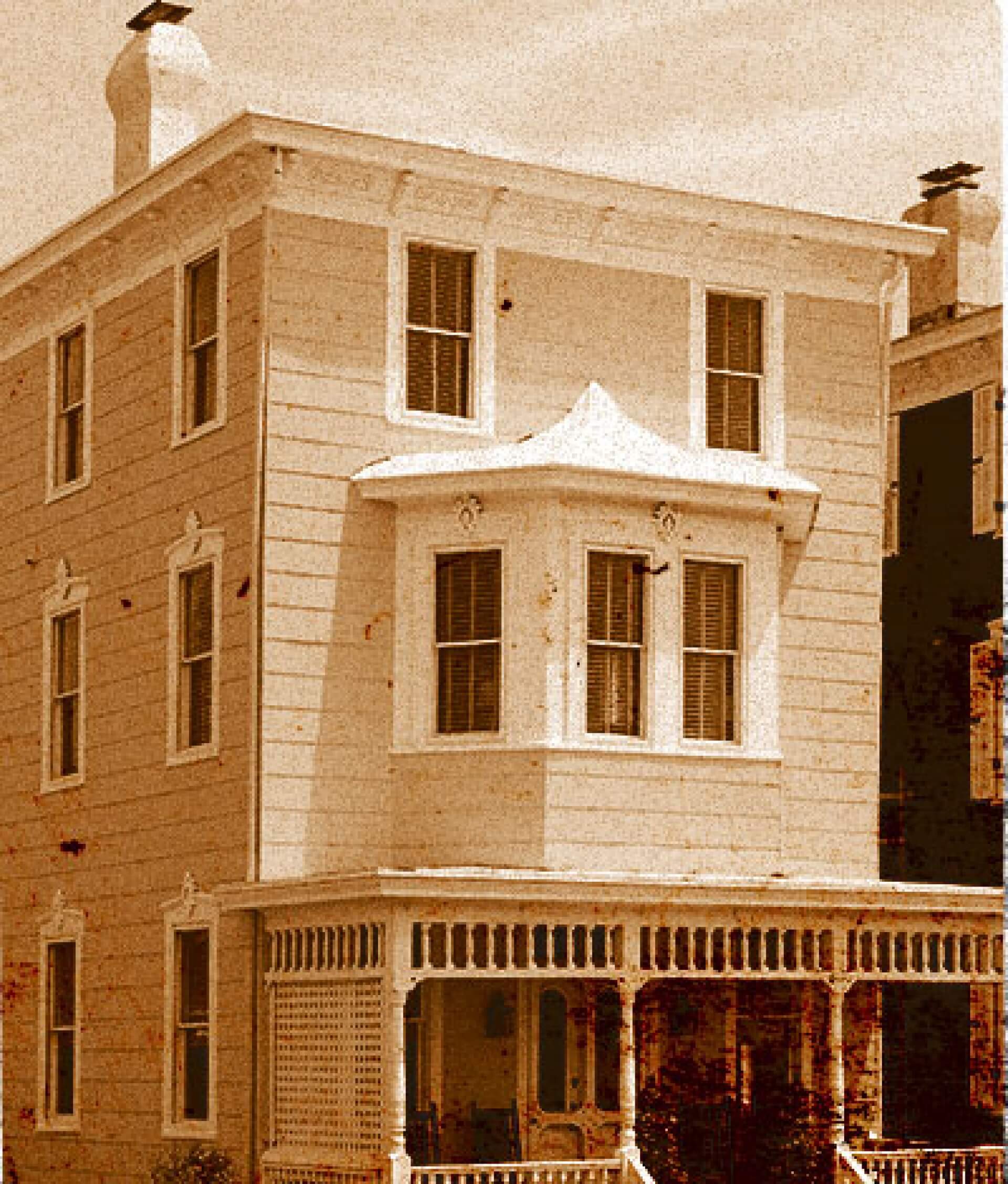 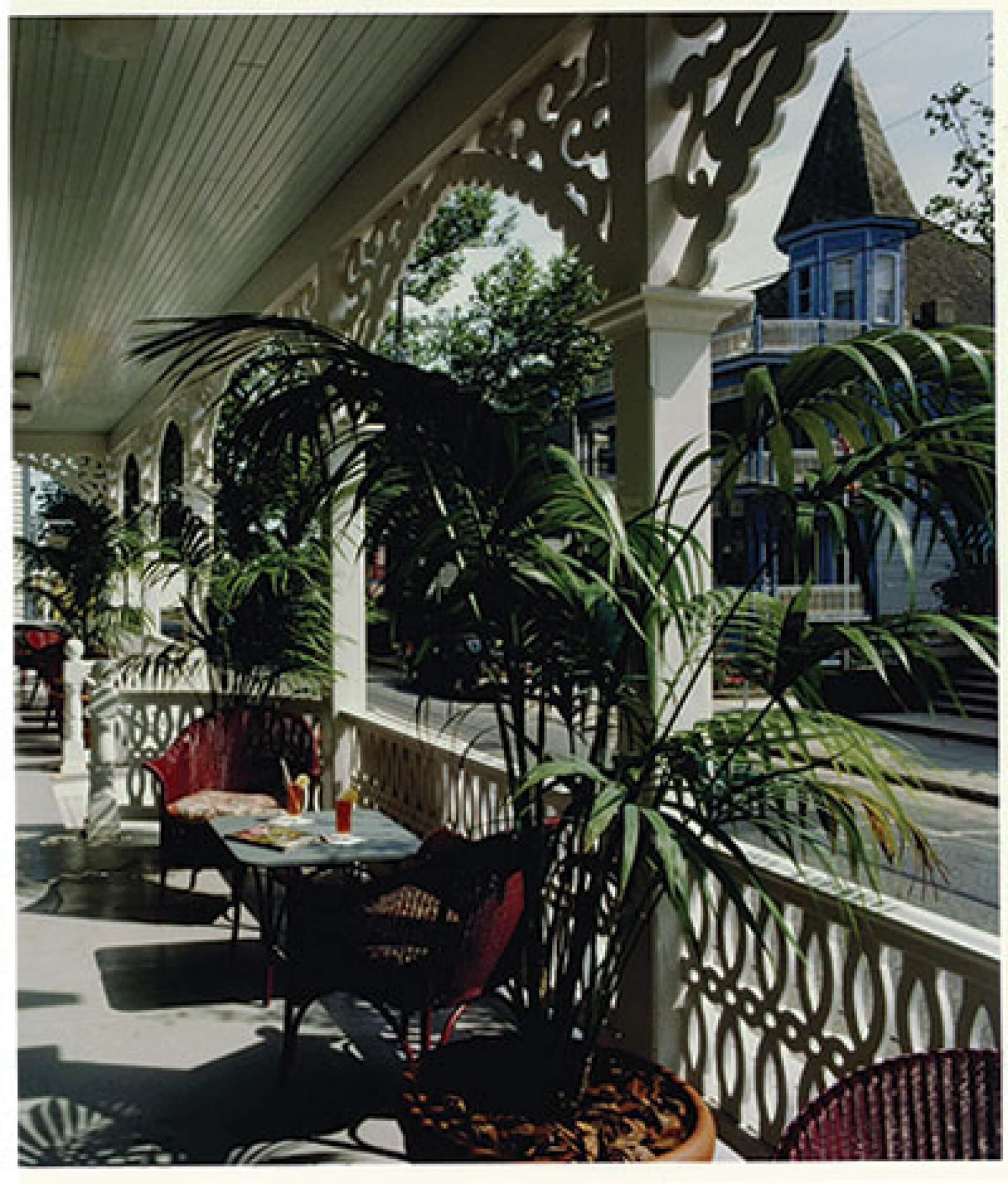 Following the catastrophic fire of 1878, Cape May was granted an unexpected silver lining: the chance to rebuild grand summer homes by the sea in the fashionable Victorian style of the day, using the designs of some of America's most noteworthy architects. This resulted in a beautiful and homogeneous architectural unity in downtown Cape May.

So frames the story of the Virginia Cottages, our eclectic collection of five historic homes nestled off Jackson Street. Three of these cottages—the Pink Cottage, White Cottage and Brown Cottage—are members of Cape May's storied "Seven Sisters", seven identical 1891 Italian-Renaissance-style cottages built, according to the legend, for the seven beloved daughters of a wealthy Cape May builder. Over on Jackson sits the Red Cottage, a spectacular 1891 Queen Anne built for Harry and Dorothy Parker as a summer home.

Built in 1891 and designed by Stephen Decatur Button, this historic lodging is one of the famous "Seven Sisters" of Cape May—seven identical Italian-Renaissance-style cottages built, according to the legend, for the seven beloved daughters of a wealthy Cape May builder. Enjoy ocean views from three terraces at this ideal vacation rental, featuring a ground-level apartment and three floors reached by a lovely hand-carved spiral staircase.

Enjoy a private balcony, large kitchen featuring stainless steel appliances, granite countertops and a breakfast bar, and a dining room table that can seat up to 12 people. The living room at this Cape May, New Jersey lodging welcomes guests with antique black wicker and a pullout sofa sleeper, as well as a stereo system with flat screen TV and two gas fireplaces.

Built in 1891 and designed by Stephen Decatur Button, this historic lodging is one of the famous "Seven Sisters" of Cape May—seven identical Italian-Renaissance-style cottages built, according to the legend, for the seven beloved daughters of a wealthy Cape May builder. This spectacular cottage is available by the week or as a bed and breakfast. Individual room rentals are available on our second and third floors. Bed and Breakfast guests enjoy a daily continental farm-to-table breakfast overlooking Jackson Street on the heated front porch of the Virginia Hotel, or by the fireplace in the Virginia Lounge.

The porch in the rear of this lovely cottage offers comfortable seating to enjoy breakfast or the selection of board games, and housekeeping provides a daily change of sheets and towels. All rooms have a ceiling fan and children are welcome.

Enjoy classic lodging in a red and white Queen Anne Victorian, located on Cape May's oldest street. Built for Harry and Dorothy Parker in 1899 as a summer cottage, this lovely building is now the perfect location for your relaxing stay in Cape May, New Jersey.

This beautiful accommodation in the middle of Cape May’s famed historic district is located just a 1/2 block from the beach. The newly renovated cottage features an “upside down” floor plan, with a kitchen and living space on the second floor, in order to enjoy the breathtaking ocean views.

Nestled in lush greenery just steps from the ocean, the Brown Cottage is the crowning jewel of Cape May's storied Seven Sisters. This Italian Renaissance-style masterpiece has been lovingly restored to offer the perfect blend of classic Victorian charm and contemporary comfort. Featuring plush interiors designed by Colleen Bashaw, the Cottage boasts a full kitchen and wet bar, a grand dining room, sumptuous living spaces, deluxe guest rooms, and full-length balconies offering sweeping views of the sea. Take a meal in the private courtyard, or enjoy a swim in the garden pool — the Brown Cottage offers the pinnacle of Cape May seaside luxury. 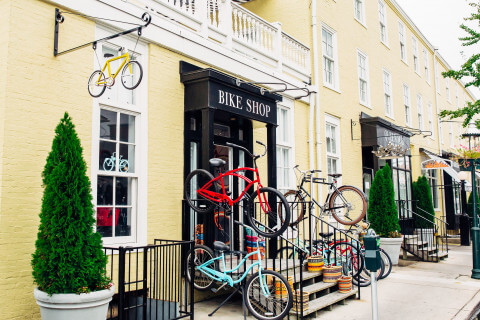 There’s no better way to get around Cape May than by bike. The city is flat as a pancake and very pretty, the perfect ingredients for a lovely bike ride! The nearby Congress Hall Bike Shop offers singles, doubles, children’s bikes, surreys and helmets.
View Bike Shop Hours 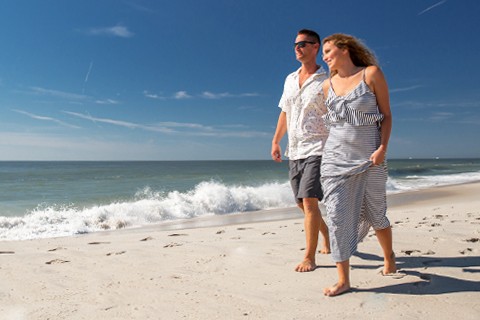 Being on vacation at the New Jersey shore means being outside as much as you can and there are lots of options to enjoy your workout in the fresh air while staying with us. Ask the Concierge Desk for recommendations for nearby hikes, nature walks and bike paths. 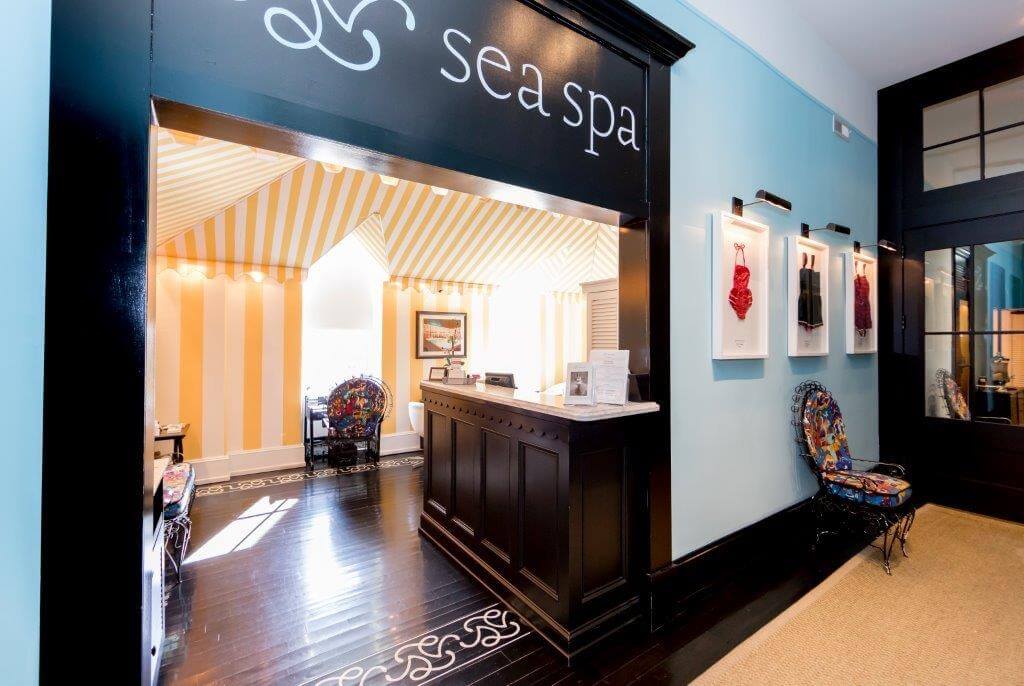 The Sea Spa at Congress Hall is a full-service spa that offers unique ocean-inspired treatments in a bright, uplifting atmosphere. You’ll love the fun yellow- and white-striped treatment rooms and the wonderful massages, facials and beauty treatments that feature all-natural products. Learn More 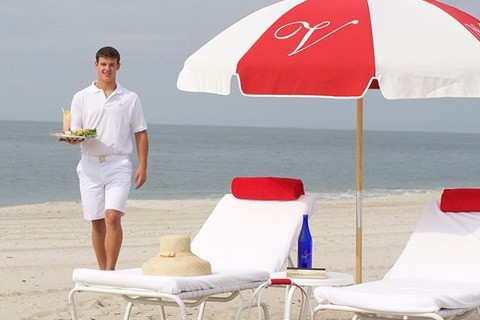 Our Beach Attendants guarantee the perfect beach day by setting you up with chairs, towels and umbrellas when you arrive. Order a refreshment off of our Beach Menu and settle in to the sounds of the surf. Learn More

Beach Service is included in your stay as a Cape Resorts guest.
Amenities are subject to change based on state and local guidelines. 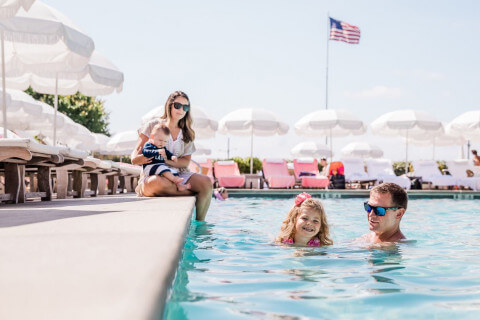 We know our beaches are pretty special, but a change of scenery is always nice, especially on vacation. As a guest of The Virginia, you can enjoy the services and amenities of the nearby Congress Hall Hotel, including its beautiful swimming pool and adult-only pool. Learn More 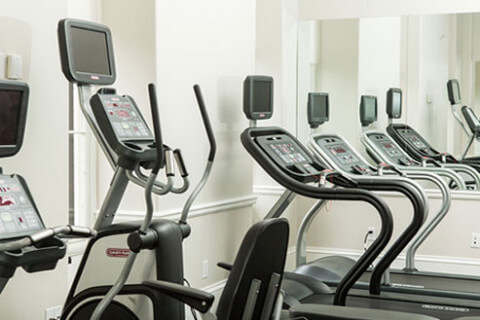 Being on vacation doesn’t mean having to break your fitness regime. As our guest, you'll have access to Congress Hall's Fitness Room that is open 24 hours a day, 7 days a week. Just sign in at the front desk.

Fitness Room access is included in your stay as a Cape Resorts guest.
Amenities are subject to change based on state and local guidelines. 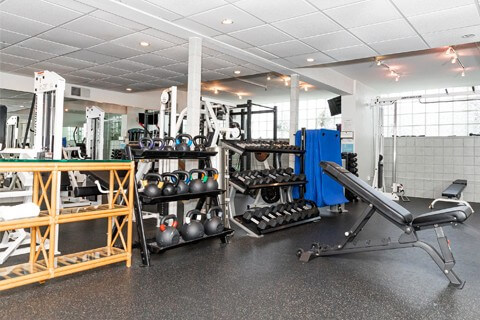 Need a more advanced workout? As our guest, you'll have access to the fully-equipped Fitness Center and Sauna at the nearby Sandpiper Beach Club. The Sandpiper Fitness Center was recently enhanced with state-of-the-art strength training and cardio equipment, making it one of the most robust gyms on the island.

Fitness Center access is included in your stay as a Cape Resorts guest.
Amenities are subject to change based on state and local guidelines. 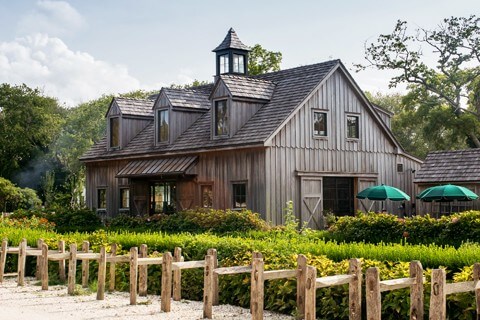 Set out on a guided or self-guided tour and explore the old and open spaces of Beach Plum Farm, our very own 62-acre working farm in West Cape May.
View All Excursions

Guided Beach Plum Farm Tours are included in your stay as a Cape Resorts guest.
Amenities are subject to change based on state and local guidelines. 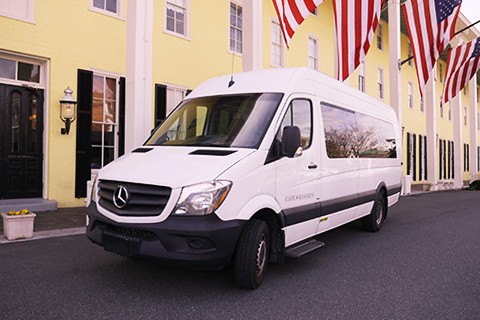 Shuttle Service is included in your stay as a Cape Resorts guest. 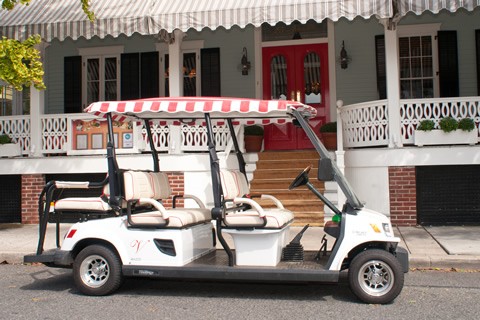 Reserve our golf cart, daily, May-November, which can take you to area restaurants, Beach Plum Farm, historical sights, or just around the streets of Cape May. Speak with the front desk to arrange your outing. 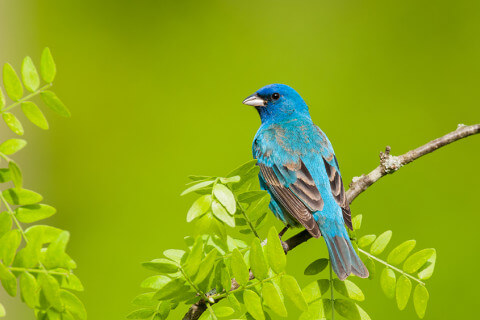 Cape May is one of the world’s most famous bird watching destinations and enthusiasts travel here from across the country to experience the wide variety of species that inhabit the area and pass through during migration. Check with Congress Hall's Concierge for tips on the best places to spot rare birds.
View All Excursions

it’s easy to find us

Cape May is easily accessible from the Garden State Parkway and the Cape May-Lewes Ferry. The hotel is located on Jackson Street, just a half block from the beach and the Washington Street Mall - in the heart of the Historic District.

Valet Parking is provided on weekends and in season. Please utilize the 15 minute parking space directly across from the hotel as well as the loading zone (a few yards down the street), as parking on the left side of Jackson Street is prohibited.